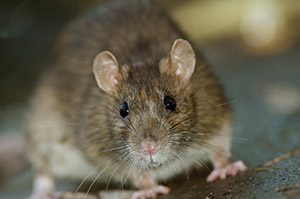 INCREASE IN RODENT ACTIVITY IN MELBOURNE

We’re riding the wave of the COVID-19 pandemic in Melbourne and it seems the local rodent population is riding the wave with us. Tim Clinnick, of the Pest Control Empire , notes a dramatic increase in rodent activity in Melbourne. Tim says, “If the current number of enquiries continue then it’s going to be a bumper season for rats and mice in Melbourne”.

There are many reasons why rodent activity has increased in Melbourne. Social distancing and working from home may be a major factor.
Tim continues: “It may not actually be that rats and mice are in higher numbers this year. I believe the closure of cafes and restaurants, particularly around the Melbourne CBD, may have resulted in a drop in food for rodents. The lack of people in the Melbourne CBD has also likely decreased the amount of litter that the local rodents would normally feed on.”

Tim notes that a scarcity of food may have resulted in rats and mice venturing further in search of a meal. He also notes that rodent sightings during daylight hours have increased.

Tim explains: “Rats and mice are nocturnal so they usually search for food at night. The fact that many people are sighting rodents during the day indicates to me that food is scarce and they’re getting desperate.
However, it could also indicate that the population level of rodents is high at present”.

It’s imperative that the pest control industry operates as normal during COVID-19. Could you imagine a city overrun by rodents? This could be the reality is the pest industry is crippled.

Professional pest companies in Melbourne for the following reasons should control rats and mice:

Tim says: “Rats and mice need to gnaw of solid objects to wear their teeth down. If they didn’t gnaw their teeth would grow so large that they wouldn’t be able to eat. Generally, rats and mice will gnaw on timber to grind down their teeth but it’s also very common for them to gnaw on cables. It could be an electrical wire or your Internet connection that they destroy. Rodents are quite often the cause of an electrical fire!”

Find this clip during this Covid 19 period


Melbourne’s outer suburbs are also experiencing a surge in rodent activity. As the temperature cools in Melbourne it’s common for rats and mice to venture closer to our homes in search of warmth. Common locations for rodents to live include:

• Roof cavities;
• Wall cavities;
• Subfloors; &
• In the case of mice, they will live behind the fridge, dishwasher, or under the kitchen sink.

Tim notes that mice are brazen in nature as opposed to the rat that has more of a shy disposition. “Rats have an established fear of people. For some reason they think we don’t like them and that we’re trying to kill them! Rats have been around for millions of years and will always thrive where people are in close proximity. We’ll never get rid of them totally and generally, we rarely see them so our phobia is less for the rat than the mouse.”

Tim continues, “A mouse sighting is enough to make a grown man shriek in fear! Mice are brazen and inquisitive. They’ll live inside our homes and venture out in search of food within our view. I guess they know they’re quicker than us and able to fit into gaps we can’t access”.

Contact Pest Control Empire on 1300 665 573 to discuss your Melbourne rodent control options. We operate in every Melbourne suburb. If you require rat or mouse elimination in Melbourne then we’re the team for you.