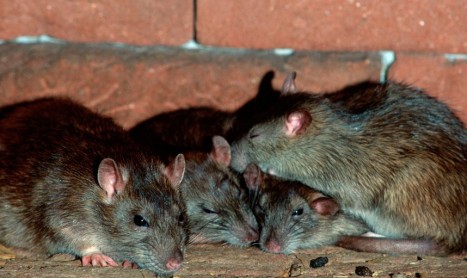 Rodents, in particular – rats and mice – are on the increase in Melbourne. This is according to Tim Clinnick, the manager of the Pest Control Empire , who reports a dramatic increase in requests for rodent control. Tim notes, “Our business is responding to several enquiries daily about rodents, particularly rats. They are living in people’s roof spaces and their nocturnal antics are keeping owners awake at night”.

Tim advises that there are two types of rat in Melbourne:

The Roof rat, commonly known as the black rat, is the more likely of the species to be living in our roof space and walls. This is due to their exceptional climbing ability and their preference for living at heights.

This critter has the following characteristics:

Their food preference is fruits but they will eat just about anything. These critters are undesirable due to their filthy habits and ability to carry and spread disease. They will make all sorts of noise during the night as they play fight amongst their own family and also aggressively fight with other rat families who invade their territory. The incisor teeth of these animals grow unchecked and as such, they must gnaw on solid objects to grind them down. Objects chewed are usually timber roof frames, electrical cables, and communications cords. This can cause structural issues, communication blackouts, and even electrical fires.

If you suspect an infestation in your roof then this requires immediate professional pest management.

The Norway rat, commonly known as the brown or sewer rat, is far larger than its black counterpart. Its ears and tail are also considerably smaller. Their preference is to burrow underground to build a nest. These burrows are often a complex system of tunnels used for shelter, storing food, and fleeing predators. It is a true omnivore, meaning that it will eat both animals and plants. While they prefer living underground, they may also live in walls and roof voids.

The characteristics of this species is:

Tim continues, “It is very rare to see a live rat and if you do, it is likely that you are experiencing a large rodent infestation. Upon hearing a loud noise, such as the opening of a man hole to get into a roof, they will scurry into a safe hiding place. The best way to identify the species is via droppings. The black species leave pointed droppings while the brown species are rounded”.

A thorough inspection for possible entry points must be identified and closed off where possible. Food and water sources must also be eliminated. Fruit that has fallen from trees should be picked up daily. If you own birds then any seeds that have fallen onto the ground should also be regularly cleaned. Water sources such as leaks should be fixed immediately. Water may also pool in other objects such as old tires. These should be discarded or placed into a sheltered area.

Pest Control Empire is a licensed pest solution provider to the residents of Melbourne. For all your enquiries simply contact 1300 665 573 or submit your details via our Contact Us page.