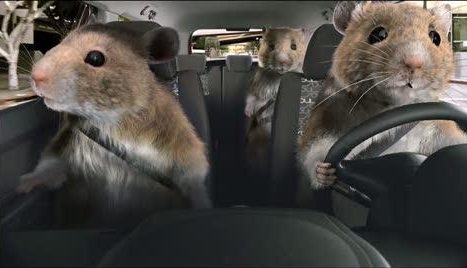 For rodent control Melbourne western suburbs you should contact a local pest manager. We’re based in Melbourne’s west and have many pest specialists available day to day. This morning we had a frantic call from a motor mechanic in North Sunshine. He opened the bonnet of a vehicle to find a rat sitting in its nest. We’re not sure who was more startled, the rat or the motor mechanic! The rat scurried into the workshop and the terrified staff jumped onto their desks. Anyway, we attended within 20 minutes to remove the rat nest from the vehicle.

We then inspected the bonnet and could see that several wires had been chewed. It looks like the expense bill for the car owner just got that little bit steeper. Now that the rat was out of the vehicle we needed to ensure that it didn’t establish a new home in the workshop. We installed several stations filled with delicious bait for the furry critter and his mates to consume.

The bait stations we use are solid plastic and they are lockable. They have entry points on either side. These entry points are only big enough for rats and mice to enter. No other mammal, such as a dog or possum can enter. You don’t need to worry about your pets and kids tampering with these bait stations. We use a combination of first generation and second generation baits. A first generation bait is the most potent. It takes only one feed to be effective. A second generation bait requires several feeding sessions over a period of a few days to be effective.

We also provided a couple of rat stations to the vehicle owner. He was advised that he obviously has a rodent control issue at his home that requires intervention. The last thing he wants is another rat setting up camp in his car. He was told to place the rat stations along the fence line next to his driveway. The rats in and around his home will find them, eat the contents and nature will then take its course.

While it’s unusual for a rat to reside in a vehicle it’s very common for them to live under your home or in your roof cavity. If you hear strange noises or scurrying at night you’ve likely got yourself a rat infestation. For fast and effective Rodent Control Melbourne Western Suburbs be sure to contact us on 1300 665 573 or submit your details via this link to receive a call back.