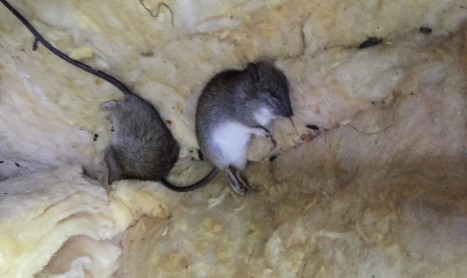 What’s that horrible smell in my home? If you’re suddenly experiencing a foul odour in your home then there’s a strong possibility that an animal has died in your home. It could be in your wall, roof space, or subfloor if you have one. Tim from Pest Control Empire specialises in the removal of dead animals from homes in and around Melbourne. Tim says, “It’s certainly not a glamorous job but I take great pride in assisting my customers with any and every pest control need they may have. Removal of decaying animals is just one of these services. Once the body is removed then the smell should go with it”.

Meteorologists have confirmed that Melbourne is experiencing its coldest winter in seven years. As a result, the pest industry has reported an influx of rodents and possums moving indoors and into our homes. Tim continues, “Rats, mice and possums have been moving inside in droves due to the particularly cold streak we’ve been going through this winter. When an animal is living among us it is very common for them to also die whilst indoors. The smell of a deceased animal is very distinctive and cannot be mistaken for anything else. If there’s something decaying in your home it will only take a few days for you to realise. The next step is locating and removing the body. That’s where I step in”.

Tim says that smell will be the strongest close to where the body came to its final resting place. Therefore it’s very important to remember where you first detected the smell as the carcass will usually be close by. Tim notes, “I rely on the homeowner to assist me by advising where it is in the house that the smell originated. I then start my search in that location. However, it’s vitally important to conduct a thorough search as other carcasses may also be present. I’ve been guilty of tunnel vision and found and removed a dead animal and then ceased searching only to be called back a few days later because the smell is still lingering. Low and behold I’ve searched again and found another carcass. That’s why I always search every square inch of a home even after locating a body”.

The tool of the trade when searching for a dead animal is the nose of the pest manager. Tim says, “In every other instance when conducting my duties I wear my face mask. You never know what dangerous products are lurking in the confined spaces of a home. However, smelling senses are imperative when searching for a carcass so the face mask can’t be used. It’s a risk but unfortunately, there’s not much else I can do”.

On the odd occasion, a customer is unable to advise where the smell originated. This may be because the smell is spread throughout the home when the heating system is turned on. Tim continues, “Rats have a habit of finding a secure location to die. This is often underneath a heating duct. Once the body starts to decay the smell merges into the duct. You can guess what will happen when the heating gets turned on! When this happens I search underneath the ducting and 99% of the time I will find a dead rat lying underneath. The smell can still linger for days even after removing the body and disinfecting the ducting”.

Tim says he had an interesting experience in Mooroolbark in mid-August. He notes, “I was called into this one particular home that was undergoing renovation. As a result, a section of the roof was exposed. This was basically an open invitation to the local wildlife to move in. The problem with this was that the owners had placed poison bait into the roof the previous winter. The new occupants located the bait and ate it all. The end result was four dead possums and two dead rats. This was far from pleasant but the owner was very happy to have the smell removed. She also demanded that the builder cover the exposed section of the roof so no more unwanted guests arrived!”

Tim says that the presence of blowflies is a great indicator that a carcass is in your home. Blowflies lay eggs in rotting flesh so if they are present then you will soon likely be overwhelmed with the stench of death, particularly if you sight them in winter. If you sight blowflies this is the ideal time to call in the professionals as blowflies find the body very early and the smell will not yet be prominent.

If you require dead animal removal in Melbourne be sure to call the team at Pest Control Empire on 1300 665 573. Alternatively, you can send us an online submission via our Contact Us page. Tim concludes, “I recommend that you use a professional company rather than exposing yourself to risk if you suspect a dead animal is inside your property. I do this type of service daily and I know all the traps and pitfalls that are likely to be experienced. We’re only happy to help, so give us a call”.